Blockchain has the potential to change the world and make it a more equal place. The big names of the Blockchain world should explore how to do it. 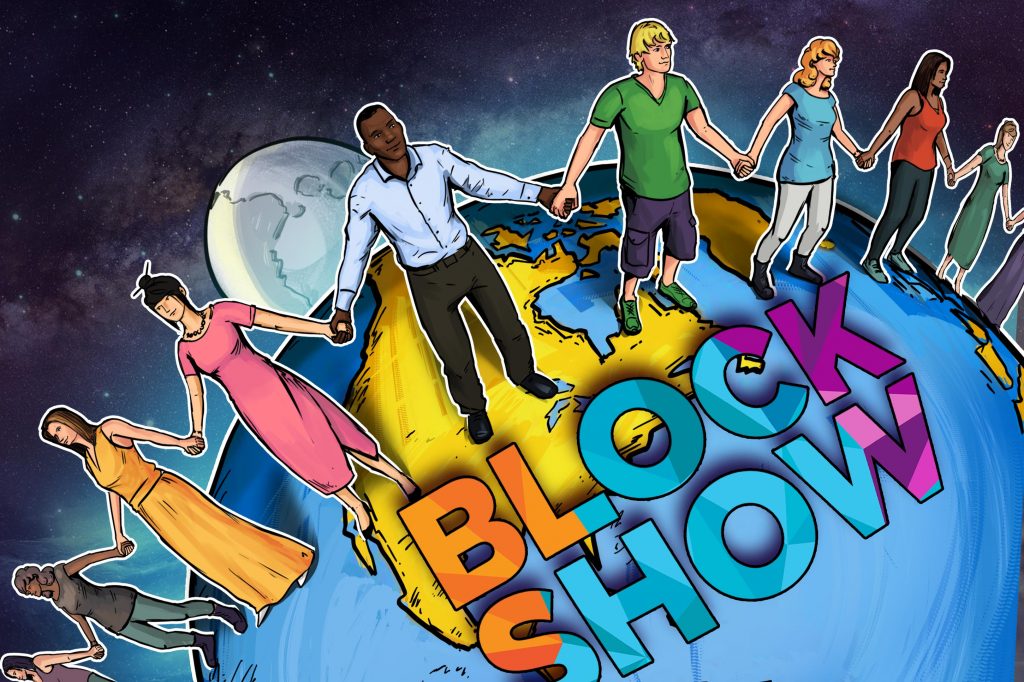 When it comes to disruptive technologies, nothing takes the centrestage more than Blockchain. It’s use has been talked about across sectors and industries. There can be no denying that Blockchain has its uses in the financial, governmental, legal, commercial, art and technological fields etc, but it is Blockchain’s social impact that may come to define it as one of the most important breakthroughs of our time. The United Nations has already demonstrated that Blockchain has the ability to tackle inequality, which is a plague that runs through our social fabric globally and takes various forms, whether it is gender, economic, class, caste or political inequality.

In this respect BlockShow has always been a leader. Equality is at the heart of our organisation, especially gender equality. As with the BlockShow Europe 2018 which voted on leading women in the Blockchain Space and provided them recognition, the platform that Blockshow creates is available to discuss the pressing social problems of our time. BlockShow Americas 2018, which will be held at Las Vegas between August 20-21, 2018 is the perfect opportunity to concentrate on the question of equality.

An in-depth discussion on equality would be held at the  ‘How Blockchain affects the Americas’ Emerging Economies’ panel in the conference. The mandate of the panel is to discuss how Blockchain can contribute to the emerging economies on both the American continents in the North and South. The panelists will explore how the unbanked can be provided financial and banking services with the use of the latest blockchain technologies and breakthroughs.

Pilferage no more a barrier to equality
Corruption has a deep impact on governmental programmes, especially those in developing countries. In the Americas corruption is having a deep impact on the lives of people. According to Transparency International based on the estimated size of Latin American and Caribbean countries, nearly 90 million people paid bribes. Half of the people that Transparency International surveyed said that governments are failing to ‘address corruption’.  The OECD points out, “The significant impact of corruption on income inequality and the negative effect of corruption on income growth for the poorest 20% of a country have been proven empirically (Gupta et al. 2002).”

Delivery of services through Blockchain based cryptocurrencies can be an answer to this problem. These transactions will be low cost or no cost and can be delivered through mobile telephony. It is estimated that mobile phone users worldwide would reach 2.87 bln by 2020. The combination of powerful DAPPS and high phone usage can finally put an end to leakages in Official Development Assistance (ODA).

Giving women their due
Gender equality can turn into a reality when women get their fair share. In the United States pay gap between the genders has persisted since the 1980s. According to Pew Research, the estimated 18-cent gender pay gap between all workers in 2017 narrowed from 36 cents in 1980s but it has still persisted. Pew also concludes that four in ten working women have experienced gender discrimination at work. These are serious issues that need to be addressed.

Blockchain based payroll solutions can be used to eliminate discrepancies such as gender based pay-gap. A private blockchain based solution can be deployed according to Ian Bond to remove gender based markers and bring more objectivity into payroll. Even though Blockchain is a male-dominated space itself, there are opportunities to change that. Blockshow is a good example of that as it has managed to demonstrate how women can play a crucial role in community building, create engagement and devise inclusive processes. As there is a great demand for blockchain talent, there is also space and opportunity to bring more women into the fold. In that sense blockchain is not only empowering women by technological solutions but also by creating space for them.

The great societal equaliser
In the poverty statistics released in September 2017 by the US Census Bureau as reported by Federal Safety Net, a clear picture emerges that minorities are hard hit when it comes to poverty. 22 percent of Black Americans, 19 percent of Hispanics, 20 percent foreign born non-citizens are classified as poor. Better delivery of benefits and social security can cut down the suffering of individuals who live on the margins of society. As an example The Supplemental Nutrition Assistance Program (SNAP), which is better known as Food Stamps has seen fraud rise in the four years preceding 2016. According to Forbes, “It (fraud) jumped to $592.7 million in 2016, up a staggering 61% from $367.1 million in 2012.”

Fraud can be tackled easily by a Blockchain based system. In fact, volumes have already been written about Blockchain can help tackle diploma and degree fraud and extending this technology to social security in US could completely eliminate problems associated with giving the marginal sections their due share in society.

In this respect, the panel Blockchain 4 Good: Making Every Voice Heard is an opportunity to come up with out of the box solutions for pressing social issues. Members of this panel will discuss equality and the inclusion of communities and minorities in the blockchain ecosystem. The panel’s discussions will lead to ideas that allow for more participation of women, sexual minorities, people of diverse ethnicities etc., so that they too can reap the benefits of this emerging technology.

Let us talk equality
At BlockShow, we encourage out of the box solutions that lead to using the technology in the real world. Adoption of Blockchain will only gather steam when there is a multifaceted effort to use it across financial, technological and social landscapes.

At BlockShow America 2018, the world of Blockchain will come together and over the course of two days many solutions to the pressing problems of the world will be found. At the conference experts who will shed their insights include Mike Butcher, Editor-at-large at Techcrunch, Nouriel Roubini, Founder and Chairman of Roubini Global Economics, Alex Mashinsky, Serial Entrepreneur, Venture Investor, Tech Innovator, Founder of Celsius Network, Johanna Maska, White House Director of Press Advance for President Barack Obama and other important Blockchain personalities. This is our chance to come together to create a more equal world and protecting the most vulnerable sections of humanity so that they have a shot at prosperity as well.